At its first Unpacked event of 2021, Samsung launched, arguably, the best smartphone on the market today, the brilliant S21 Series. Next week on August 11th, the South Korean giant will give us a glimpse of what’s to come in the second half of the year.

The tagline for this second Unpacked event of the year reads “Get Ready to Unfold”, suggesting that next Wednesday, we’ll see a new foldable handset or two.

Usually, around this time of the year, Samsung holds an Unpacked event for its ‘phablet’ range, the Note series. There’s no mention or reference about a new Note in the media invite or teaser video from Samsung, which might suggest they planning on dropping the range!

Could this be the end of Note?

As the flagship Galaxy S21 Series blurred the lines even further between smartphone and phablet, many now believe Note no longer has a place to call its own. Note handsets have always been bigger than standard smartphones thanks to the larger display; however, the 2020 Note with a 6.9″ screen was almost matched by this years 6.8″ S21 Ultra.

The other defining feature of the Galaxy Note was support for S Pen, the Samsung Stylus. Again, the S21 Ultra changed this.

Doing my best to ignore the rumours and suggested leaks across the net, we will likely see two new foldable devices. The most likely of which will be a new Flip 3, the smaller clamshell foldable model and possibly a new Z Fold 3.

We’re also due a new Samsung Watch for 2021, which are also launched at Unpacked Events. If we see a new wearable, it will most likely be the Watch 4 if the naming convention remains true of previous years.

If you are about to purchase a new smartphone or smartwatch, I’d recommend waiting until after this event. 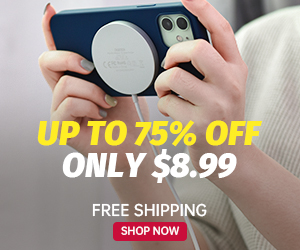 Once again, due to the global pandemic, Unpacked will be a digital-only event. It will be streamed live on August 11th at samsung.com and the Samsung YouTube channel. The start time will be: